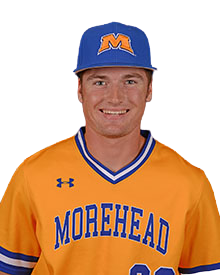 Jacob Ferry is a left-handed hitter in his second season in the Northern League. Last season with the NWI Oilmen, Ferry had an OPS of 1.029.

Ferry will be entering his sophomore year at Morehead State. During his freshman season, Ferry appeared in 42 games, hitting seven home runs with 18 RBIs.